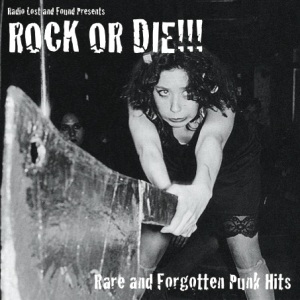 I’ve put together this online compilation of my favorite Punk and 80s Hardcore songs.
The thing that inspired me to finally do this was a show I did with my friend Jeff Kipilman on KBOO fairly recently. Many of the songs from this comp. were played on that show but we didnt have the time to play all of them. After the show ran, I collected all the songs and leftovers into this comp. (with lots to spare). These are literally my all-time favorite Punk and Hardcore songs.

I tried, where possible, to make it as obscure and eclectic as possible. I passed on bands or tracks that appear on virtually every Punk comp. or bands that really don’t need any introduction to anyone. I also made it so that almost nothing on it happened after 1984 or so because after that, I can almost count the ‘punk’ bands that I found interesting on one hand. The supposition of the comp. is that Punk happened between the mid-Seventies to the mid-Eighties. The rest was just about selling shoes and soft drinks.
In some instances, I played more than one contiguous track from some records because that’s how I remember them – either played on the radio back-in-the-day or from mix-tapes I either made or got from friends, collectors, etc..
It’s just the way I wanted to do it.

A few caveats about quality: The whole thing originated from mix-tapes I’ve had since the early-mid-eighties, sources on the web in the ensuing decades and from my own collection. Like lots of projects like this, the audio quality varies widely. Some rarer songs were actually sourced from my mix tapes from my collection and I’ve been too busy (or lazy – take your pick) to look for better ones. Please don’t bother whining about audio quality or bitrate. I put a lot of work into preparing this. If you don’t like it, go spend all your money on the Killed By Death series and leave me alone.